Within sight of the great castle of Stirling, an army approaches. King Edward II’s massive horde moved into place beside the flowing Bannockburn to face the much smaller force of King Robert, King of Scots. But that was 700 years ago…
Yesterday, another banner-waving army gathered – some 300 re-enactors to pay tribute; a small group albeit, but enough for a crowd of international visitors and local enthusiasts to see a few key elements of the battle. It was heartening to see so many families out with their children, sharing the country’s history with the next generation.
Here are some of the highlights:
Knowing a battle is forthcoming to relieve Stirling Castle, Robert the Bruce trains his spear-wielding men into mobile groups, known as schiltrons, to repel the cavalry charges of knights on huge, armoured destriers. Once positioned on the best ground for defence, the men watch and wait.
Soon an English knight with a taste for glory – young Henry de Bohun, thunders towards the Scottish king only to fall prey to his first blow which splits open his head. His prone body, still on his horse, is led off the field. And the warrior king bemoans the loss of his battle axe.
A fight ensues between the English commanders. Such discord unsettles the flow of battle. Their soldiers have travelled hard and fast to get there. They need to rest, and seek out firm ground midst bog and marsh near the burn to build their camp. Will it offer protection from the Scottish raiders during the night?
Robert receives welcome news: the English camp is in disarray, splintered by squabbling. He seizes his chance to fight a second day. The schiltrons do the job asked of them and the very able Scottish commanders, Douglas and Moray, take out sections of Edward’s army. Arrows fly overhead. Snarling, growling soldiers become entangled in a melee. Midst hoots of derision, the English soldiers retreat and the crowd applauds in appreciation…
I would think it no easy task to get formations of re-enactors to move about with relative ease to choreograph a convincing battle. Think then what it must have been like for the Scottish commanders to train men in their thousands. With few weapons to hand, the soldiers, armed with tall spears, became one form – the spiky, mobile schiltron, a clever, ancient battle tactic indeed.
Some say there were three schiltrons, others four, at Bannockburn but each had about a thousand men packed tightly together.
Battle numbers vary as no one knows for sure but probably 15,000 English versus 6000 Scots might come close to the mark. Some of you will know that there were Scots on both sides, reflecting the complex familial loyalties of the time.
What made the battle in 1314 such a decisive success? Was it Robert’s ability to inspire deep-seated loyalty, and his keen eye for strategy; the skills of his commanders – quick thinking, agile veterans of so many guerrilla campaigns; the passion of his army – soldiers gathered from across the land, and the ‘small folk’, keen to protect their homes and regain their freedom; or an English army weakened by hostile terrain and indecisive leadership tainted by conflict.
Perhaps all of the above – might be the answer! Regardless, this victory had an enormous impact on the psyche of the Scots, and confirmed hero status upon their king which is still celebrated today. 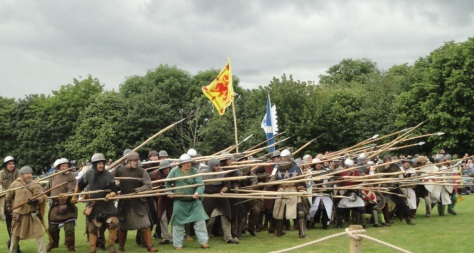 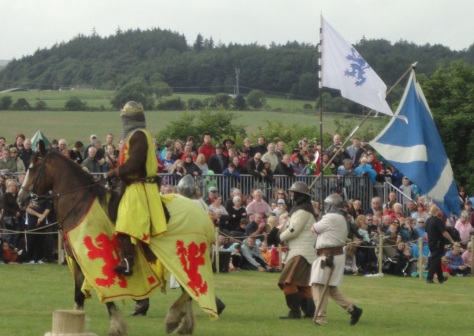 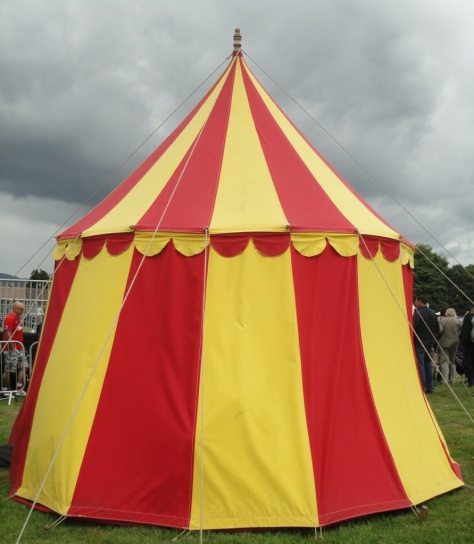