Here’s a treat for those who love Scottish history. For some reason, the Lindsay family have intrigued me for a long time. During my last visit to Scotland, I was fortunate to visit one of their later homes, Edzell Castle, which nestles against a forest of trees and fields on the edge of a rise some distance from the quiet, pretty village of the same name.
The Lindsays – a family of crusaders, jousting champions, warriors and diplomats – were well known supporters of Robert the Bruce, forfeiting their lands and titles at times during the Wars of Independence. A number of individuals, often bearing the family name of David, held positions of influence in later royal households. Edzell castle reflects the cultured, educated background of this fascinating family and is well worth visiting.
Around 1513, Sir David Lindsay started building the present tower house. Mary, Queen of Scots, held a Privy Council meeting there in 1562.
One of the notable features of the castle relates to its formal garden, a small but perfectly formed space with carvings of the Seven Liberal Arts set into its walls. The grounds hold a chapel, storage vaults, kitchen and courtyard where “fut ballis” was played: an animal bladder wrapped in leather was kicked about by some twenty players. The carefree and “lichtsome” Lindsay family invited guests to their garden parties. Within the gracious grounds, a bathing pavilion was in use as well.
In addition to the Liberal Arts (Grammar, Rhetoric, Dialect, Arithmetic, Music and Geometry), the walls were graced with carvings of the Planetary Deities named after the Classical Gods – Saturn, Jupiter, Luna, Mercury, Sol, Venus and Mars. All this suggests that in this peaceful, rural location, the Lindsays lived a rich, engaging life influenced by their knowledge of the world and their travels.
Later, the garden was redesigned with a Renaissance-styled topiary which can best be seen from the windows of the tower house
As time went on, the family lost their fortune and the castle fell into ruin.
They like many other wealthy families in Scotland at the end of the seventeenth century invested in the Darien Scheme. Others will know more about this than me, of course, but it seems Scotland’s plan to become a country of influence, controlling the strategic route across the Isthmus of Panama connecting the Pacific and Atlantic Oceans, was stymied, in part, by the monopoly of the great colonial powers of England and Spain. Poor planning and provisioning for a hot climate, crippling death and disease, and divided leadership added to its failure, as well as the embezzlement of funds by one of the promoters.
An influential Lindsay added his signature to a document of complaint about threatened legal action which stated the Scots had no authority from the king to raise money outside the English realm, the outcome of which led to the promoters having to refund subscriptions.
England was at war with France and did not want to offend Spain. In addition the English East India Company had control of English foreign trade and forced English and Dutch investors to withdraw. All of these factors contributed to a lack of confidence in the viability of the scheme. The subsequent lack of demand for trade goods and a failure to anticipate Spain’s military actions including a siege and blockade of the harbour in the Gulf of Darian, caused the Scheme to be abandoned in early 1700.
Scotland had invested 25% to 50% of its monies into the Scheme. When it failed, it left the lowlands ruined. Ultimately, this impoverishment weakened resistance to the Act of Union in 1707.
Such an inspired Scheme given appropriate, sustained support might have changed world history but the influence of the Lindsay family remains an integral part of Scotland’s complex history.
Resource: Historic Scotland 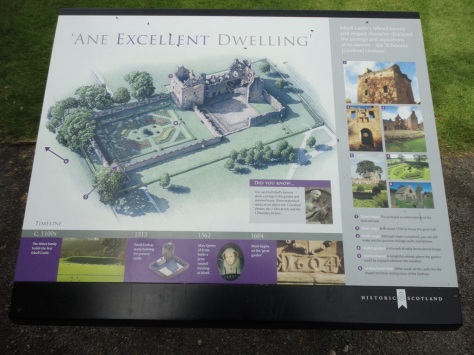 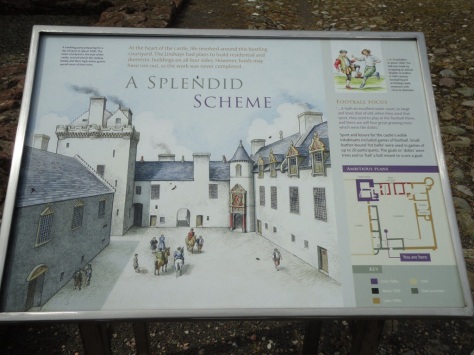 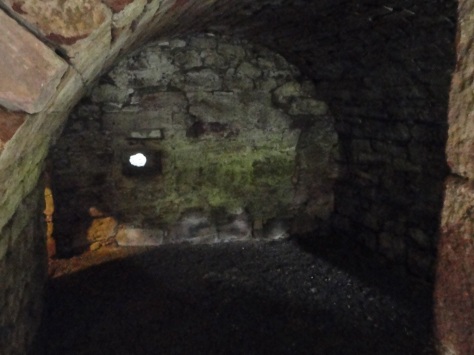 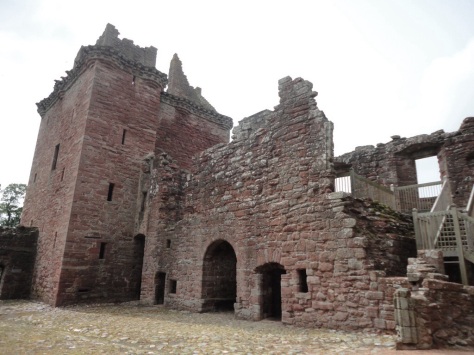 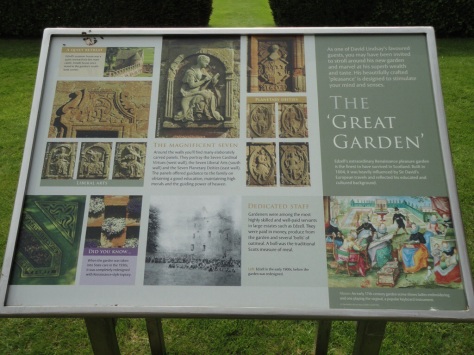