How strange it is to come across a cluster of buildings where the stone has been dug and shaped by  Roman hands, robbed from Hadrian’s great wall nearby – and formed by medieval  French monks into a vibrant community.

Not far from the Scottish border in Cumbria, Lanercost  Priory nestles midst lush meadows – a shadowed, queer place. Oak leaves slip down over lichened graves. Strange paths entice the unwary – evocative, seeping with history. Old walls offer stepping stones. A whisper on the wind.. come this way. Can you hear it?

It was here that King Edward of England rested, fed his army, planned his northern attacks. Augustinian monks welcomed England’s great monarch in 1306 – frail, unable to rise from his sick bed. For months, they nursed the old king. Indeed, Robert the Bruce’s younger brothers must have stayed here en route to their execution in Carlisle – a place of misery and sadness. King Edward’s spite for the Bruce family and Scotland’s fight for independence knew no bounds. It fed his life force.

But it all came to an end. Easter 1307 saw the English king take his last breath a few miles to the west on the Solway marshes, cursing his Scottish enemies. Midst flocks of inquisitive sheep, crying gulls overhead, a tall monument marks the lonely spot. An unlikely place for such a powerful king to expire.

For years, Scots forces rampaged through these lands, fiery raids by Wallace and Bruce. In 1311, King Robert actually stayed here in one of the old buildings. Monks were imprisoned, then released; crops burnt, buildings damaged. Many armies have come and gone. Now only echoes remain.

By 1538, Henry VIII’s reformation saw the end of monastic life at Lanercost and for years, it lay in ruins.

But today, Lanercost Priory is part of a thriving community, managed by English heritage, and once again the voices of parishioners fill the old church.

We stayed on site – a great base from which to explore the area; terrific also to wander at will around the grounds as night closes in… 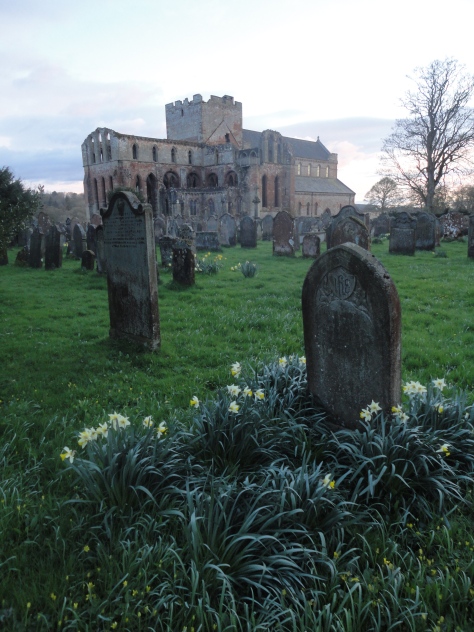 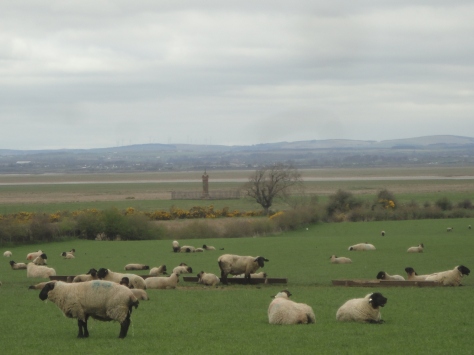 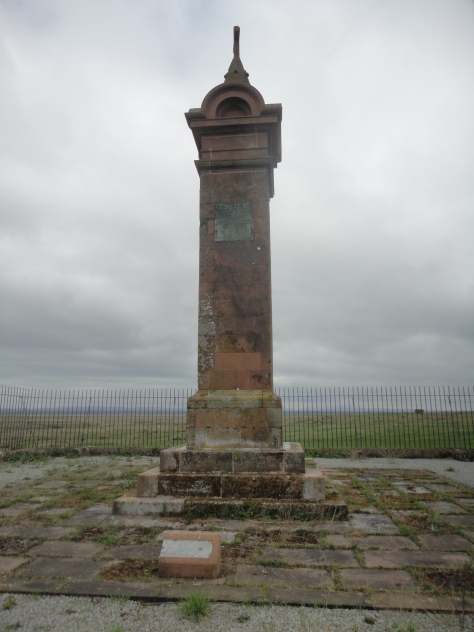 Picture this! You’re driving alongside Loch Awe in Scotland.

You catch sight of an imposing building settled into the curve of the hillside. With its grey stone walls and flying buttresses, your imagination soars: sending you along ancient pilgrim routes; the chanting of monks fills your ears. You hadn’t planned to stop but find yourself slowing down. The siren call of history drawing you in….

But wait – this church is anything but ancient. Still you feel its pull and the questions  form and gather. You’re hooked!

So what is so special about St Conan’s Kirk? For a start there are standing stones: then an entrance with carvings from Iona; strange and unusual carved creatures – owls and rabbits; a spiraling staircase; elaborate fish chairs; windows of angels with blood-red wings; and best of all, a chapel dedicated to Robert the Bruce with an ossuary containing  a piece of bone taken presumably when the king’s body was exhumed and relocated during renovations at Dunfermline Abbey… a bit of bone that someone popped into their pocket. Now there’s a story in itself!

Why build a chapel here for Scotland’s revered king?  On the hillside above the church, Bruce instructed his men, under James Douglas, to begin an assault – from above, on Sir John of Lorne and his men; one of the decisive battles of the Wars of Independence. Now the thud of stones, clattering swords, and cries of men fighting and dying are long gone. Centuries have passed. Before a splendid window, Robert lies in peace: his body carved from wood, and alabaster face and hands glowing in the reflected light. 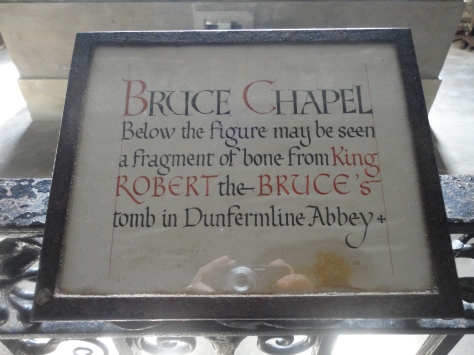 In the late 19th century, with the coming of the railway to the area, William Campbell purchased an island in Loch Awe and built a manor house for his mother and sister. Local legend has it that he constructed the building so that his mother did not have so far to go to church. With his eccentric and individual style, he concocted an architectural treasure trove of different historical periods including several chapels: one of which became the repository for his line of the Campbell family. Eventually, Walter was laid to rest there in 1914. His sister, Helen, continued his work, and her own artistic talent can be seen in the stained glass windows which she designed and painted by hand. She died in 1927, and ongoing renovations were completed by Trustees.

Within this fascinating building, there are beams from decommissioned battleships, a bell from a lighthouse, and mystery and intrigue aplenty. It’s a rare find indeed, and well worth a visit. Take your time, there’s a lot to see inside and out. 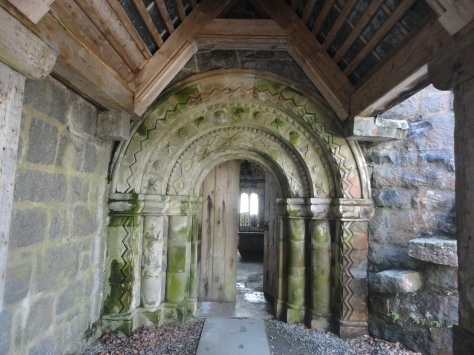 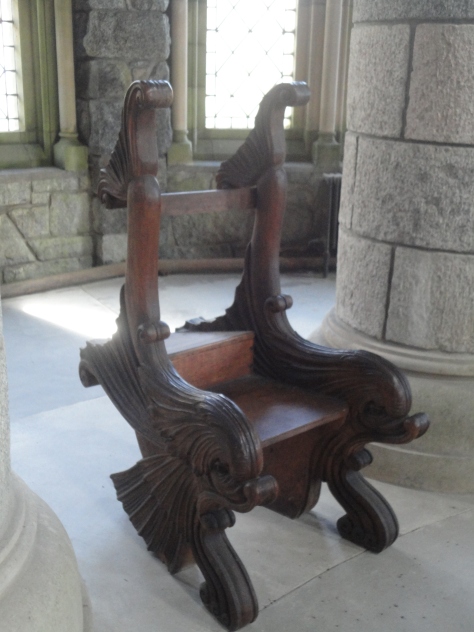 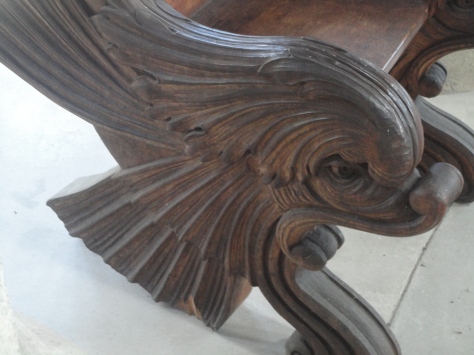 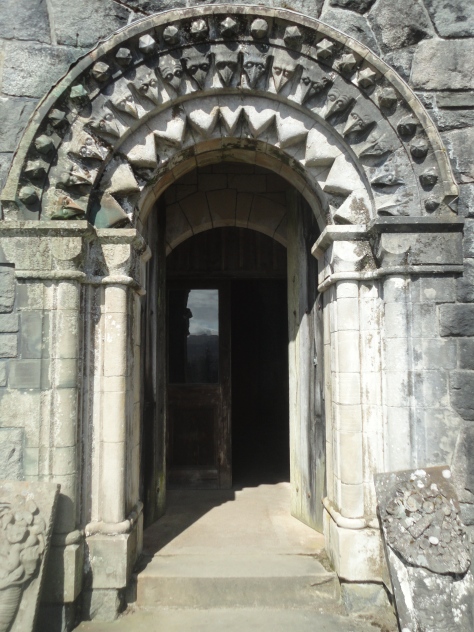